The blue filter observed in this picture is the Electric filter from the Prisma application of Prisma Labs.

Prisma is a photo-editing application that utilizes a neural network and artificial intelligence to transform the image into an artistic effect.
— From Wikipedia: https://en.wikipedia.org/wiki/Prisma_(app)

The scary looking creature photographed is a fictional character from the Warcraft franchise and it is called a Murloc:

The murlocs are amphibious bipedal fish-like creatures, which dwell along the coastlines of the Eastern Kingdoms, and few other locations. Little is known about this species, although they seemingly have enough intellect to form societies and tribes, even having their own faith system. They have their own spoken language, although it is unpronounceable in the common tongue.
— From Wikipedia: https://en.wikipedia.org/wiki/Races_and_factions_of_Warcraft#Murlocs 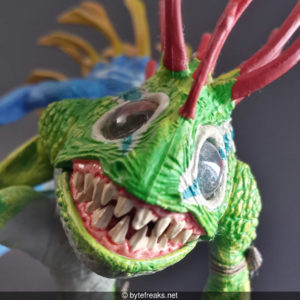 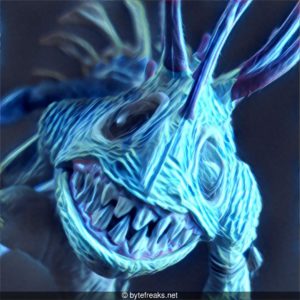 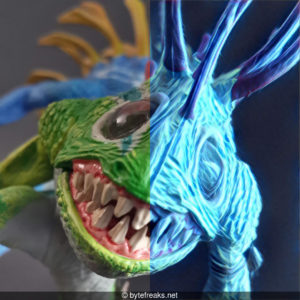 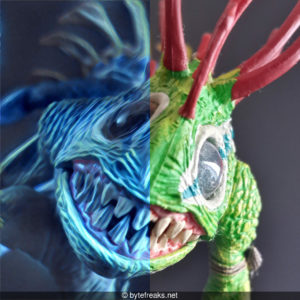 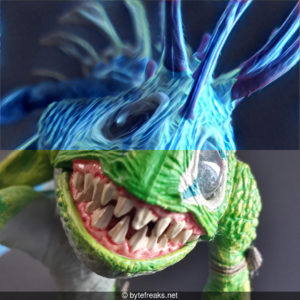 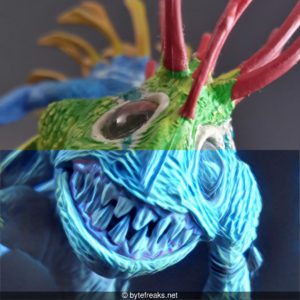 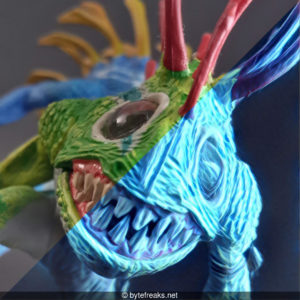 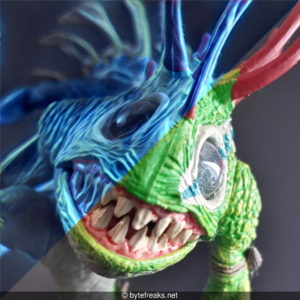 The filtered images were added to the sub-folder called “modified” while the original images were not changed at all.